Just a little bit of VooDoo goes a long way. Case in point is this delicious recipe for VooDoo Blackened Louisiana Shrimp. Of course we are referring to Bacon Freak’s VooDoo Louisiana Blackened bacon we use to create VooDoo Shrimp, not the pop-culture version of the Afro-Caribbean religion Voudon which originated in Haiti. How little VooDoo is little, you ask?

A mere two slices of VoDoo bacon infuse some seriously Cajun flavors into this recipe. The rendered fat from the bacon is used to cook the shrimp, quickly, then when the shrimp is removed it adds the same flavors to the super yummy gravy you can make to serve with the VooDoo Shrimp.

Use a small-ish shrimp (41-50 count) which cooks up quickly and thoroughly; frozen peeled and deveined shrimp make this recipe an absolute breeze to prepare. And what is to be done with the two strips of VooDoo bacon? Since cooking is such hungry work, you might reward yourself with some of the bacon you started this recipe with. And if you have a dog, you also have plausible deniability. 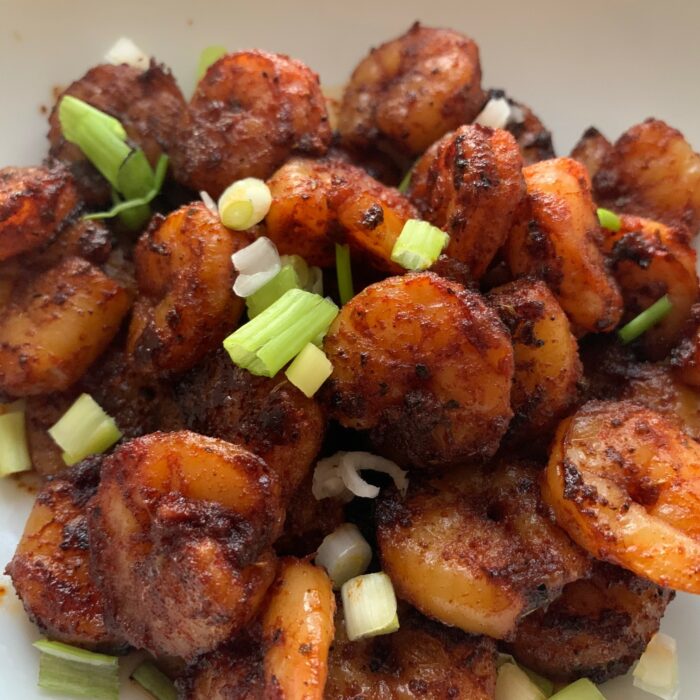