This Chipotle Bacon Street Tacos recipe is one of 50 delicious recipes in Bacon Freak’s new cooking “Bacon Freak: 50 Savory Recipes for the Ultimate Enthusiast”.  These street tacos demand to be made for your next tailgate party. The chipotle rub imparts an addictive, smoky spiciness to the bacon and the creamy cilantro sauce cuts the spice.

Diggin’ this bacon recipe? Order a copy of “Bacon Freak: 50 Savory Recipes for the Ultimate Enthusiast” for even more delicious recipes that any home cook can make. Filled with fun infographics, Bacon Freak also suggests the best booze pairings, offers information on curing your own bacon and cooking it perfectly, and includes a handy reference section covering must-visit bacon festivals, food trucks, and restaurants. Here’s everything you need to get your bacon freak on! 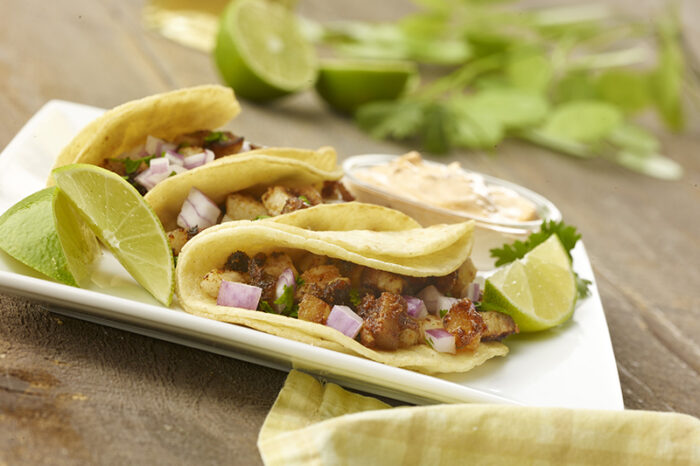 This recipe is property of Sterling Publishing Co., Inc. and Bacon Freak LLC. It may not be copied or distributed without permission from either party.