This recipe comes from Chef Robert Burmeister of Staten Island. Rob is a fellow bacon enthusiast who claims to “bleed bacon.” He even has a series of cool T-shirts and a pork-inspired tattoo to prove it. He’s been Executive Chef at local Staten Island restaurants Harvest Cafe, Chow Gourmet, and Edible Productions, Inc. and owns catering company The Culinary Renegade Events & Catering. Chef Rob is also an award winning Chili, Salsa, Burger, Chili Verde and BBQ Pulled Pork Champ, so there’s no doubt that this recipe is gunna be awesome.

Rob and his pork creations have been on Cutthroat Kitchen, Chopped, Next Pork Personality and starting Sunday, May 22nd, he will be a contestant on the 12th season of Food Network Star. That’s right, not only is he a Bacon Freak, but he’s also an up-and-coming Food Network Star. All through this season of Food Network Star, we can look forward to seeing him keep the spirit of bacon alive through the power of his culinary magic. Chef Burmeister and twelve other talented culinary hopefuls will be put through the ringer this season, battling it out in challenges that not only test their kitchen skills but also their on-camera chops, to find out who has the talent and charisma to follow in Giada De Laurentiis’ and Bobby Flay’s footsteps and win the ultimate prize: their own Food Network show.

You can keep up with Robert’s culinary adventures by following him on Facebook and Twitter. Be sure to tune in Sunday nights at 8/7c to see how he progresses in becoming a Food Network Star. The Food Network Star season twelve winner will be crowned on Sunday, July 31st at 9pm ET/PT. We’re rooting for you, Rob! Best bacon wishes! 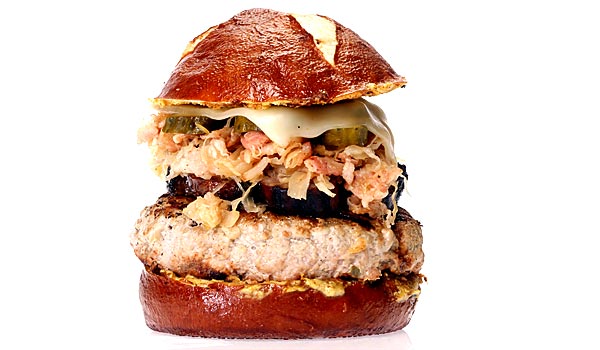