March 7, 2016 1:04 am Published by bacontodayadmin Leave your thoughts

Irish Bacon is the most popular cut of bacon in the British Isles. Unlike American bacon which is made from just the pork belly, Irish bacon is cut to also include the loin. But since cut of bacon is new to some of us, we wanted to make sure you have a tasty recipe to make with it! Saint Patrick’s Day celebrations began as a religious feast day for the patron saint of Ireland,and has since turned into a world-wide celebration of Irish culture. To celebrate that, we’ve put together this smoky, crispy Fried Irish Bacon with Bacon Cabbage Slaw recipe. The crispness and acidity of the slaw compliments amazingly with the crunchy juicy flavors of the fried Irish bacon. If you don’t consider Irish bacon “real” bacon, don’t worry, there’s American bacon in the cabbage slaw, too. Sláinte mhaith! 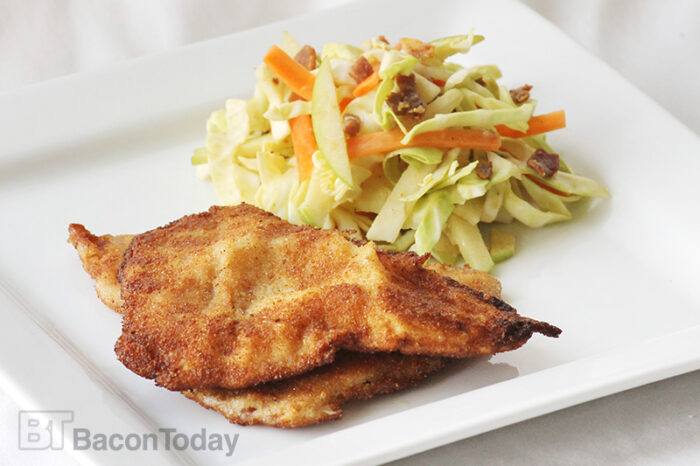 For the Fried Irish Bacon: