With so many hot sauces on the market, how do you know which ones are the best? Scotty O’Hotty’s Beer Bacon Chipotle Hot Sauce is “the world’s most awarded bacon sauce.” Yes it’s true, this hot sauce combines 3 of the most important food groups into 1 savory, smoky, beer bacon delight that is Scotty O’Hotty’s best-seller. Their hot sauces are proudly made in Michigan using all-natural ingredients. This delicious, gluten-free hot sauce can be used on anything from burgers, brats, hot dogs, steaks, eggs, tacos, chili, pasta, fries and fish. 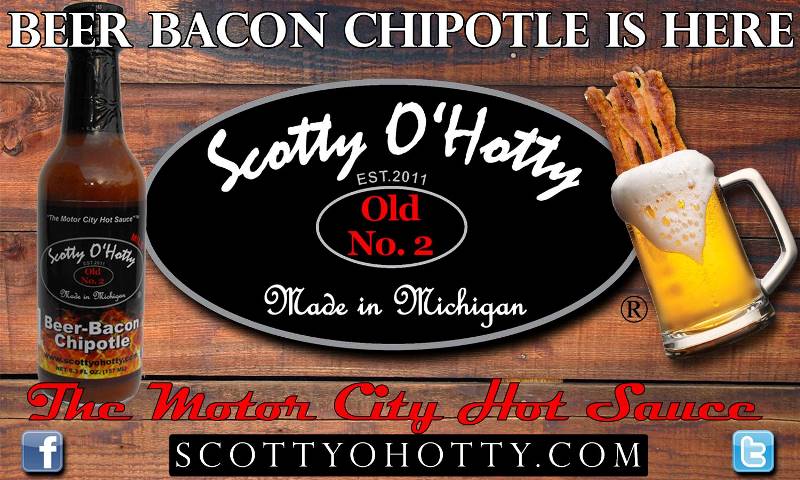 This mild sauce is rated “E” for everyone and has been taste-tested by some of the best culinary experts in the country. We’ve been told “the BBC is the best bacon sauce in the universe.” Check out the impressive list of awards this hot sauce has won:

If you’re still not convinced that this hot sauce is one of the best, check out these YouTube reviews and Team O’Hotty as they prepare Beer Bacon Sliders on Fox 2 in Detroit.