November 18, 2015 2:31 am Published by bacontodayadmin Leave your thoughts

Who says s’mores are just for eating during the summer on camping trips? All you really need to make bacon s’mores is the ability to melt marshmallows. Or if you want a more nostalgic experience, you could toast the marshmallows in your fireplace. Mmm, there’s nothing better than eating s’mores around a toasty fireplace. Add some delicious crispy, salty bacon strips to the traditional s’mores recipe. Adding bacon adds more texture and flavors to what is already a pretty awesome eating experience. Make it even better with Hormel’s Black Label Brown Sugar Bacon. For more bacon recipes, go to Hormel.com or check them out on Facebook and Twitter. 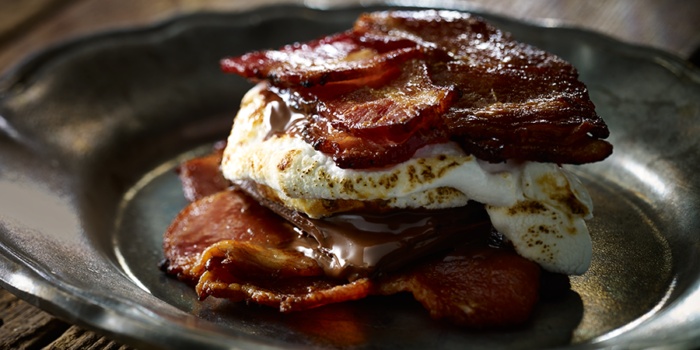