September 9, 2015 9:09 am Published by bacontodayadmin Leave your thoughts

Bacon in the US is usually smoked over various hardwoods during the curing process to impart its signature smoky flavor. Depending on the wood used and how long the bacon is smoked for, the amount of smokiness will range from mild to strong.

The dry curing process takes 5-7 days, and then the bacon is ready for smoking. This is an important part of the curing process, as the type of wood chips that are used are what will most contribute to the flavor of the bacon. Here are the various types of wood most commonly used when smoking bacon on a scale of mild to heavy smoke.

Cherry wood imparts a mild, sweet and fruity smokiness which will give a light, rosy tint to bacon. Imparts a mild smoky flavor. A good choice for using in desserts. 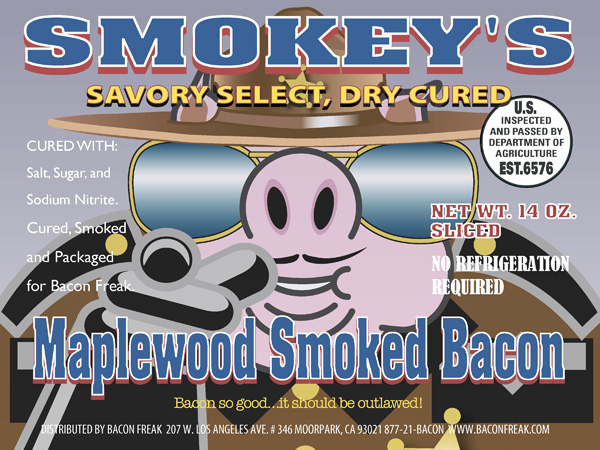 Applewood chips result in bacon that is mildly sweet and smoky. It is the second most popular wood used after hickory as it results in bacon that is perfectly balanced between smoky and sweet.

Hickory chips are the most common type of wood used in US bacon and the most popular. Using hickory results in traditional-tasting bacon that most people prefer. Hickory is considered mid-range in terms of smokiness.

Pecan wood has mid-range smokiness and is mildly sweet. It is similar to hickory but not as strong and is a good alternative to try.

Mesquite is considered the strongest smoky flavor. It imparts a very smoky flavor to bacon. Some people might consider it too smoky and over-powering. Best used in BBQ recipes when a strong smoke flavor is desired. 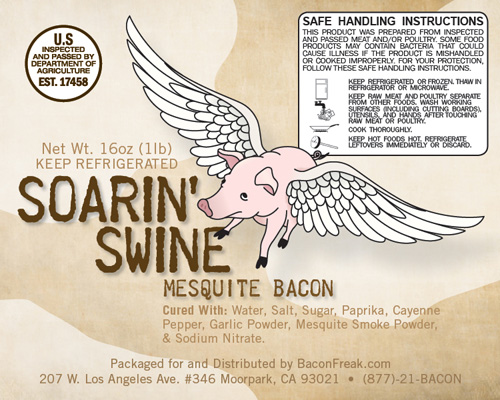