If you’re perused the vodka section of the liquor aisle lately, you’ve probably noticed that flavored Vodkas are quite popular. The number of flavors seems endless, with dessert and fruit flavors being the preferred categories. From Amaretto to Wild Honey, there’s bound to be a flavor that sounds appealing to everyone.

This bacon is delicious all on its own. Add a dollop of whipped cream to each slice for enhanced munching… If you’ve never tried whipped cream on candied bacon, it’s amazing! Serve this bacon with your morning coffee, hot chocolate, with cinnamon rolls, scones, pancakes, waffles, or ice cream. Or use it as a garnish for your Whipped Cream Vodka cocktails!

Note: Be sure to discard the vodka after marinading as it will contain uncooked bacon. It’s also important to use thick-cut bacon in this recipe. The alcohol will denature the protein, and you need a “sturdy” bacon that will hold up during the marinating process. 1. Place bacon in a shallow baking dish. Add 1 – 1.5 cups of vodka until bacon is just covered by the liquid. Marinate in refrigerator for up to 8 hours.

2. Remove bacon from liquid and pat dry. Discard liquid. Mix cinnamon and sugar together. Dredge each strip of bacon in the cinnamon sugar until the entire surface is covered.

3. Lay strips on a rimmed baking sheet or casserole dish. Place in a cold oven. Set oven temp to 400 F and bake for 15-18 minutes, turning once if needed. Allow to cool. Serve with a dollop of whipped cream and an extra sprinkle of cinnamon sugar, if desired. Enjoy! 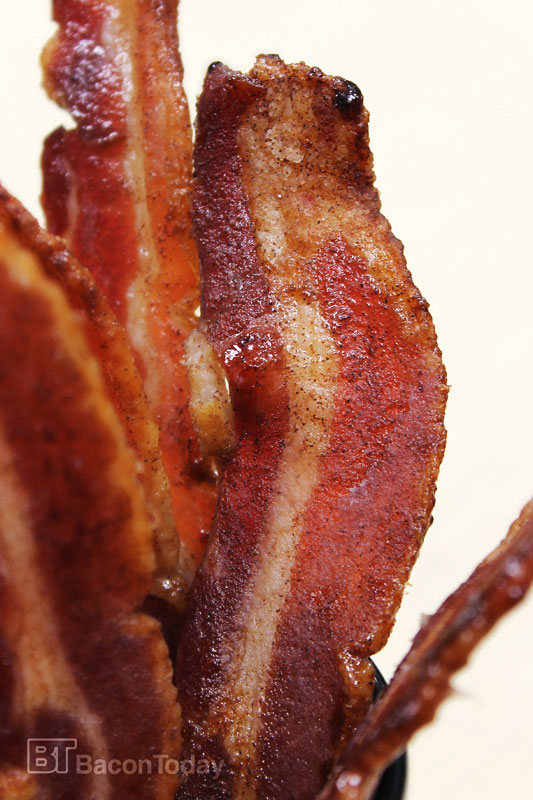 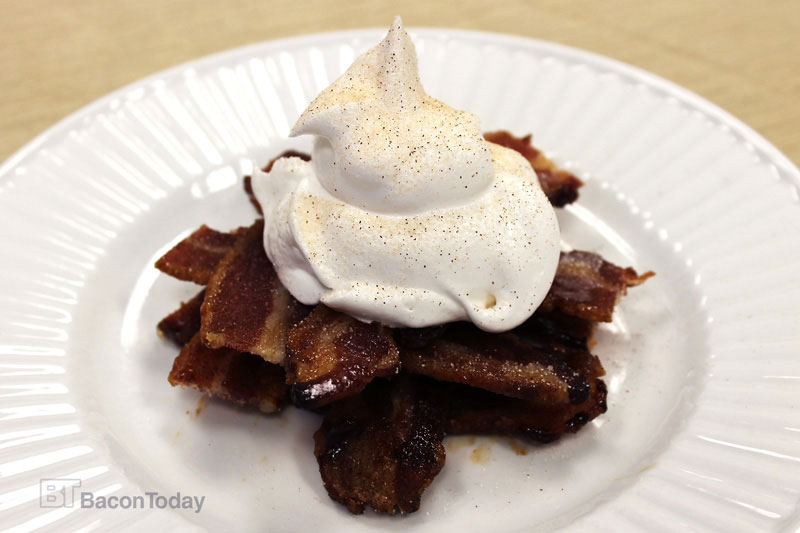 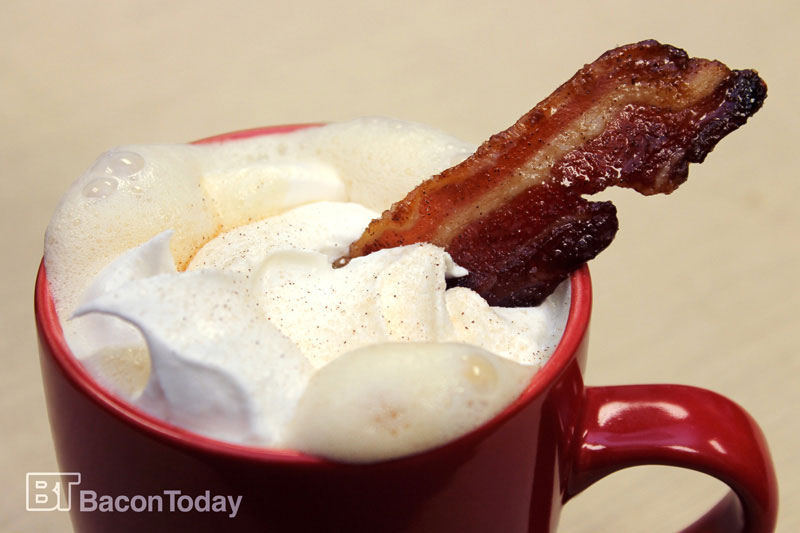