It’s no secret that Bacon is Big right now. Everywhere you look, bacon is in the news. Bacon festivals are springing up across the country, and both fine dining and fast food restaurants are featuring bacon as the star ingredient not only in their main dishes, but in their cocktails as well. And now bacon is headlining menus in sports arenas throughout the United States. Here’s a small sampling of the types of bacon dishes that lucky fans can order at their local baseball stadiums.

The Baco, a taco that replaces the usual corn shell with one made entirely from bacon is available at Comstock Park in Michigan. 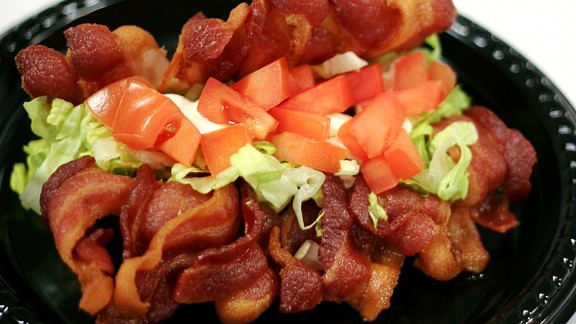 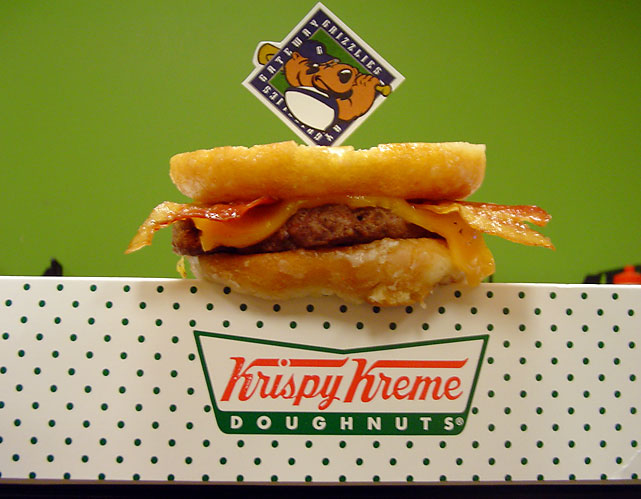 The pig-on-a-stick, a foot-long corndog wrapped in bacon is available to Charleston RiverDog fans. Diamondback fans can enjoy the Sonoran Dog, a hot dog wrapped in bacon and topped with cilantro, salsa and avocado. 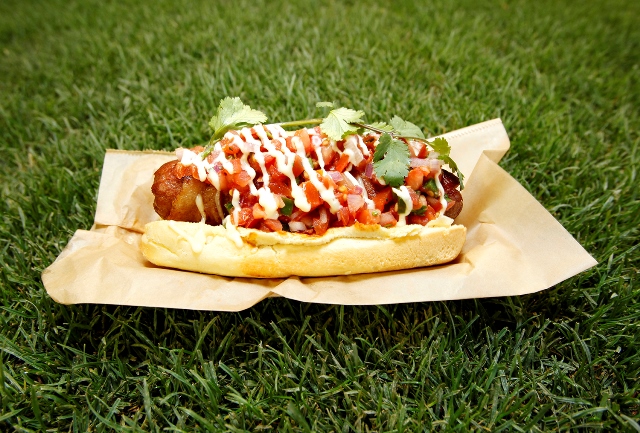 And in Aberdeen, Maryland, even the desserts are bacon-themed. The Funnel Cake Baconator is made with bacon and comes with maple and chocolate syrup.

Baseball fans are not the only ones who are having their bacon fantasies indulged. The Texas Motor Speedway recently unveiled a new menu featuring bacon in several of its dishes, including a new signature cocktail. The “Bacon Cotton Candy Martini” comes with two strips of crispy candied bacon and uses their bacon-infused cotton candy. 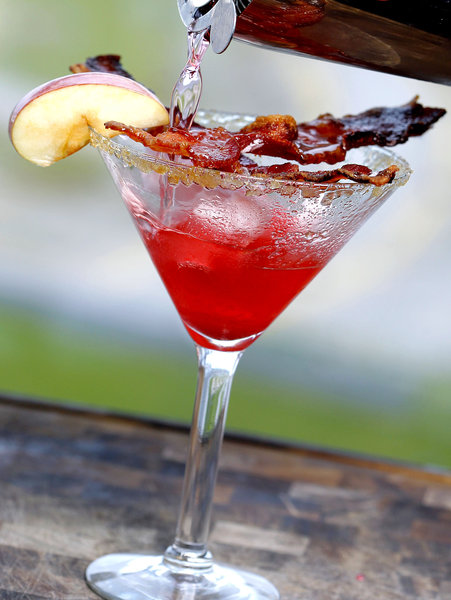 For fans under the age of 21, Bacon Cotton Candy is available on its own, and comes with freshly fried bacon bits sprinkled on it. 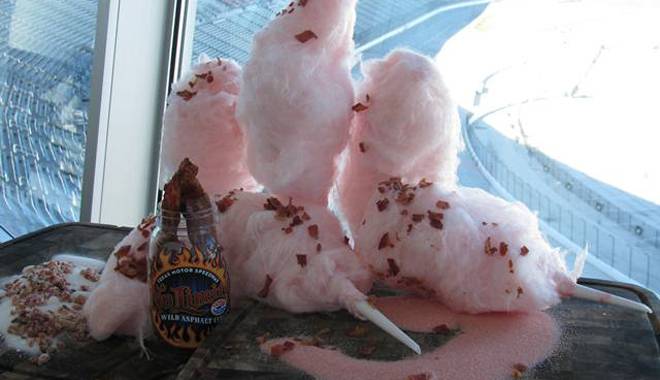 So what’s behind this trend in bacon-heavy menus at sports arenas? The answer is simple: People love bacon! Venues are simply trying to keep up with customer demand. The “Baco” got on the menu after it received the highest number of votes from fans who voted in a contest that determined the new menu. The second and third highest-voted dishes also featured bacon as a key ingredient. And stadiums that don’t have a high profit margin from ticket sales are eager to encourage fans to spend money on food at the ball park. By creating intriguing bacon dishes, fans often go to the ballpark just to try a particular dish that they’ve heard about.

By appealing to foodies and bacon-worshipping fans, we’re pleased that this trend does not seem to be one that’s going away anytime soon. For more info, go here.