Bacon Candy from The Bacon Vixen

There’s a new company on the scene and it’s bacon candies are causing folks from New York City to San Diego to salivate with delight. That company is The Sticky Pig.

The Sticky Pig is the brainchild of Tara Simon (AKA The Bacon Vixen), a graphic designer turned Pilates instructor turned confectioner of bacon candy. Her creations are simply outstanding – from the idea to the looks to the combination of flavors. Here are a just a few examples of the treats with which to tempt your tastebuds…

Plus, each month The Sticky Pig features a unique, limited time only flavor like May’s “Hot Mama!” or June’s “Vanilla Cognac & Cigar”. So get your ordering fingers ready and type your way over to www.TheStickyPig.com and buy yourself a box of porcine perfection. 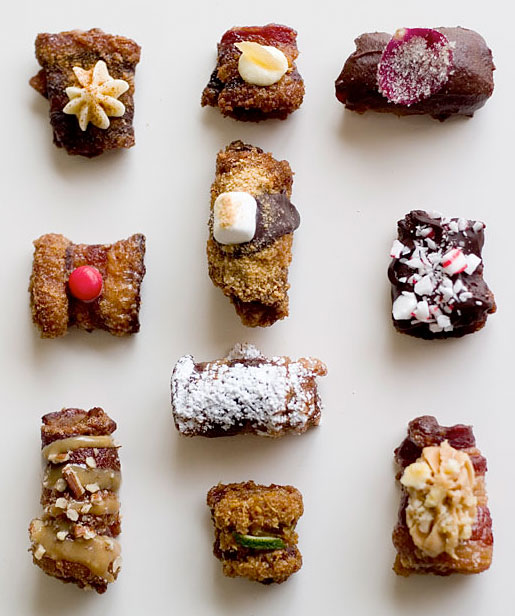